The 2019 Prayer Breakfast was held at the Our Lady of The Angels Cathedral on the morning of Tuesday, September 17th.

The Rosary commenced at 6:30 am followed by Mass at 7:00 am. After Mass ended shortly before 8:00 am we were all instructed to go to the Cathedral Plaza and get seated at the assigned tables.

Mike Scioscia a former LA Dodger catcher and current manager of the Los Angeles Angeles was the Guest Speaker. He spoke poignantly on how his deep Catholic Faith guided him through life and in his sporting career, both as a player and as a manager. Following his speech he fielded a variety of questions from several of the many Catholic High School students who were in attendance.

Catholic Daughters of The Americas California State Board had reserved two tables that were all filled. A wonderful time was had by all!

The following pictures were taken during the event inside the Cathedral and outside in the Cathedral Plaza. Scroll down to the end see the picture of the some of the Catholic Daughters in attendance. 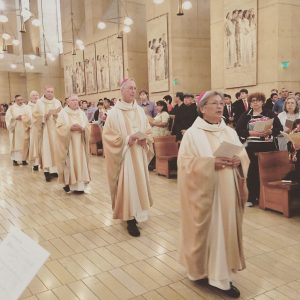 View of the Sanctuary and the Organ during Mass 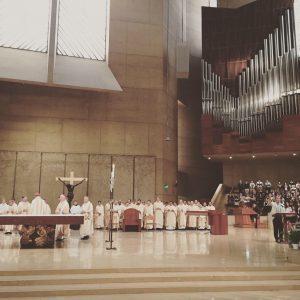 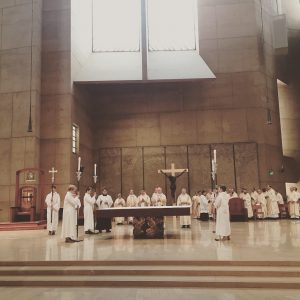 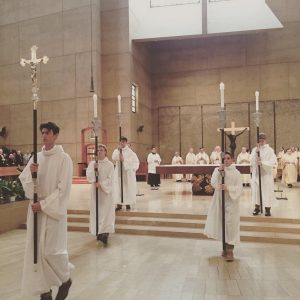 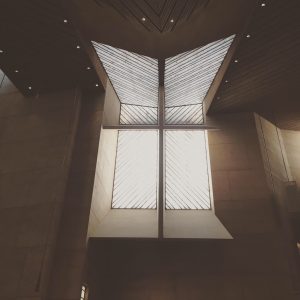 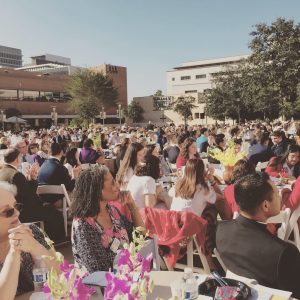 Some Of The California Catholic Daughters In Attendance 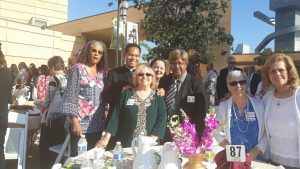